September 7th, 2012 by The Beers and Ears Crew in Beer Apps

Just a quick note to let everyone know the Epcot International Food and Wine Festival Beer List iOS App has been updated to version 1.1.1! The Locations button from the Walt Disney World Beer List app has been added to make it simpler to go directly to a booth’s beer list.

If you downloaded version 1.1 in the past couple of days, please update to this latest version as it fixes an issue with the Locations button that causes the app to crash. 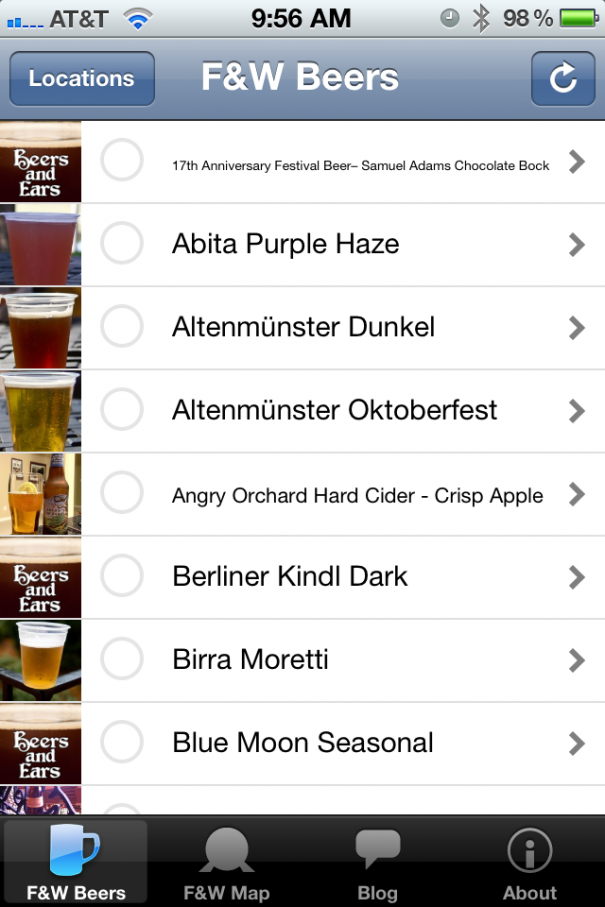