I’ve never reviewed any of the Greek beers at Disney??  How is that possible?  Such a disgrace to my heritage.

While at Kouzzina on my last trip, I had the option of Mythos or Alpha and this time around I chose the Mythos.

Now I will preface this by saying that my Greek people are NOT known for beer brewing.  Ouzo or wine?  Oh you’ll find some beauties.  But beer?  Hmmm…not so much.

A little Mythos history… Mythos Brewery is the 2nd largest in Greece, and is actually owned by Carlsberg.  You know…the beer from Denmark that’s sold in Norway?  Yeah, that one.  🙂

It’s a light colored lager that didn’t blow me away.  It was refreshing and I could definitely see myself sipping on a Mythos on a warm night while watching the sunset in Santorini….and chasing it with ouzo.  The first sniff of it though was slightly off-putting.  It did smell slightly skunked but I’ve had this beer before so I knew it’s how it’s supposed to smell.  Weird, I know.  Faint bitter taste throughout the whole beer. 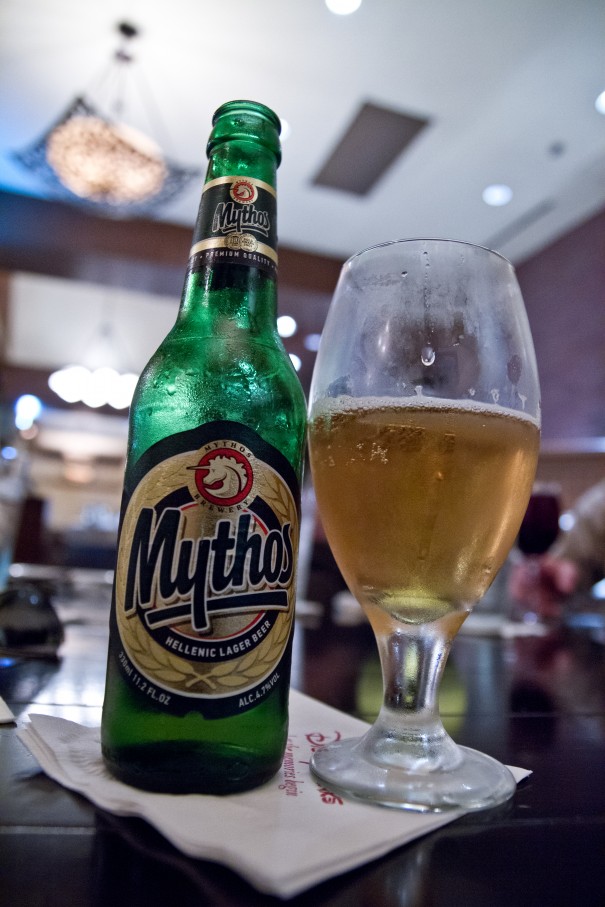 So this isn’t the best beer you will ever have, probably not even average.  But I think it’s worth a sip.  Am I biased because it’s Greek?  Probably. 🙂  Next time I’m at Kouzzina I’ll review Alpha instead.  I do like Alpha slightly better. 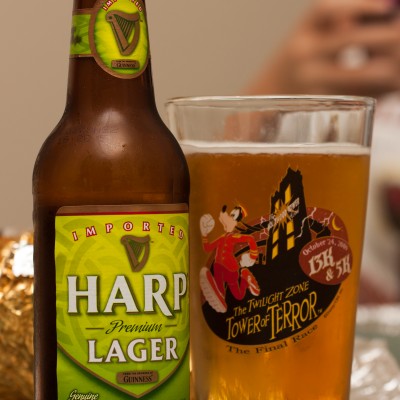 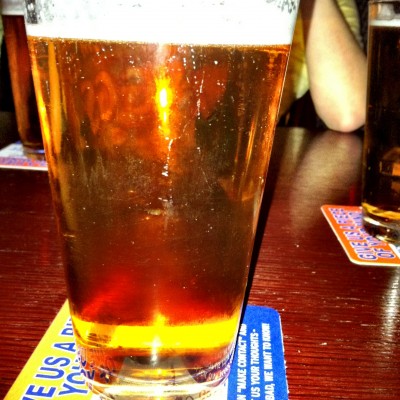 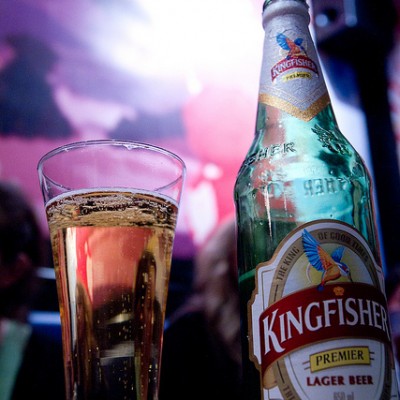 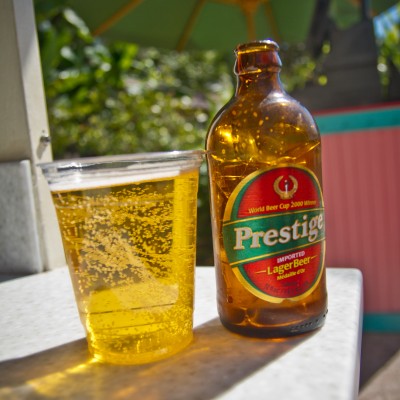