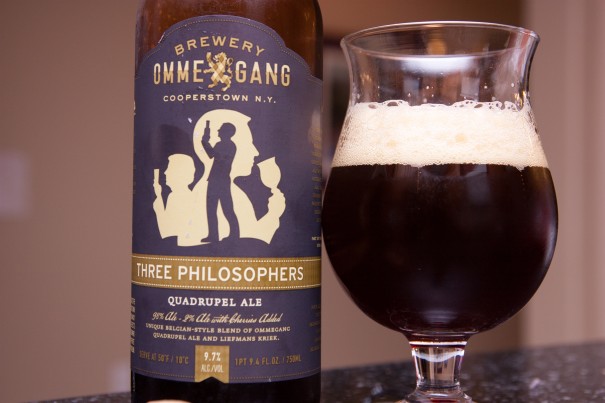 Ommegang Brewery is based in Cooperstown, NY, better known for the National Baseball Hall of Fame. But Ommegang has made quite a name for itself with fine ales such as Three Philosophers and is even partnering with HBO to release a series of beers based on Game of Thrones. Take the Black Stout is the next release and will be here in September!

Three Philosophers is a blend of 98% Ommegang Quadrupel and 2% Liefmans Kriek, a Belgian cherry lambic. The Kriek is added to give the quadrupel a bit of a cherry tang.

Three Philosophers has a big Belgian-style nose of cherries and spices. It pours a dark brown with deep red highlights. Spices and sweetness blend on the palate along with prickly carbonation. Despite the 9.7% ABV the alcohol doesn’t show. Just a bit of a cherry tang as it finishes, dry with a lingering bit of spices and slight bitterness. A wonderful ale to sip and share a story with, or relax and read a book or watch TV.

Three Philosophers alone would be worth a trip to Il Mulino while you’re at Walt Disney World; it’s a delicious, finely crafted beer that’s a pleasure to relax with and sip. 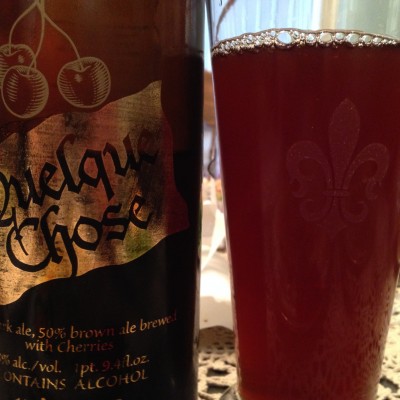