Don’t call it a comeback; I’ve been here for years.  Still rockin’ my beer;  puttin’ suckers in fear.  You’re right, that’s enough of that.  What I’m trying to say through the poetry that is LL Cool J’s introspective “Mama Said Knock You Out” is that I haven’t been writing here too much lately.  I would like to throw out excuses such as “I was backpacking through Africa,” “I stopped drinking,” or “I have two kids” but those would all be ridiculous (wait, I do have two kids…excuse discovered)!

Anyway, I’m going to try to get back on the wagon and attempt to traverse the river that is blogging at regular intervals (now I’m having flashbacks to playing Oregon Trail in middle school. I was about as good at that game as I was at this metaphor).  My plan is to cut back a little bit on the quantity of words, but keep up the quality of each post (which is easy because the quality is pretty low).

The beer I’m going to discuss today is Carlsberg, which is one of the odder beer selections at Walt Disney World.  Why odd?  Well that’s because it is sold primarily in the Norway pavilion in Epcot’s World Showcase despite the fact that it is a Danish beer (from Denmark, not a tasty sweet pastry).  What makes this even stranger is that Ringnes, a Norwegian beer, was once sold in the Norway pavilion but, after being bought by the Carlsberg group, that was changed.

Founded in 1847 by J.C. Jacobsen, he named his Copenhagen brewery after his son Carl.  One of the original logos for Carlsberg was the swastika, which is an ancient symbol.  The use of that symbol got…um….awkward during the 1930s and its use was discontinued.

As a total geek (try not to be shocked), the section of Jacobsen’s history that I find fascinating is that he started the Carlsberg Laboratory in 1875.  The purpose of this lab was to measure the effects of Imagination…whoops, wrong lab.  The real purpose was to discover the scientific process of brewing, including the chemical reaction and physiology of beer itself.  One of the most well known discoveries of the lab was to isolate the specific strain of yeast that creates a pale lager…such as Carlsberg.

Carlsberg is a pale lager that is distributed globally with a 5% alcohol by volume.  I’m torn on my personal thoughts about the beer.  I often enjoy it, but when I broke it down into tasting notes most of them were not very good things. Any beer that is that really light lemon cleaner-esqe color it always makes me pause.  I don’t know why, I just don’t find that to be an appealing shade.

In addition, Carlsberg is one of those beers that smells bad to me, like it’s been sitting in the garage too long.  The taste is fine, with a fuller body than the color suggests, but the aftertaste is a little bit harsh.  Since that’s the last thing you’re thinking about, it gives me a bad impression as I finish my drink. 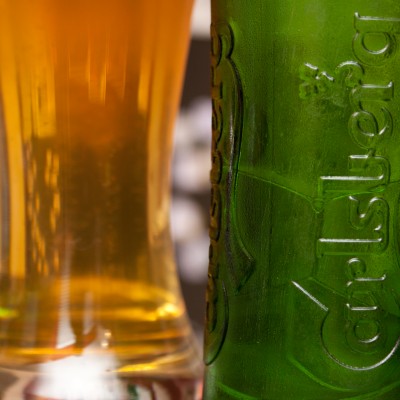 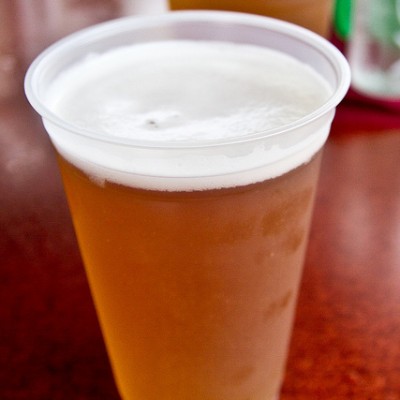