It’s official, I have found a new awesome place to drink at Disney.  Why has no one let me know about Dawa Bar before????  I mean, I knew it was there, I saw it whenever I walked by at Animal Kingdom.  But, after having a beer or two, I can see myself drinking there on a regular basis while people watching.  After looking at the brew menu, and already having Tusker and Bedele at Animal Kingdom Lodge, I wanted to see what else they had to offer.

After chatting it up with the bartender, he mentioned that the Hakim Stout is his absolute favorite beer there.  That was good enough praise for me so I ordered one up. 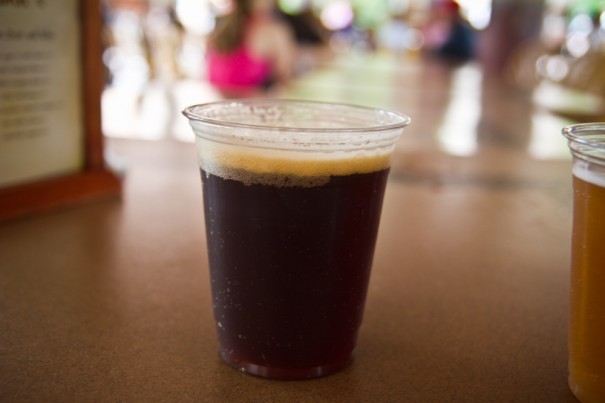 Hakim is brewed by the Harar Brewery in Harar, Ethiopia.  It was hard to dig up much background information but I found another site that mentioned that the beer used to be brewed by the government and then later became a subsidiary of Heineken International.

So I know the fancy plastic cups that Disney serves their theme park beer in aren’t ideal, but I still completely enjoyed this.  When I think stout, I obviously think Guinness.  This poured much lighter and in the sunlight, you could see it as a nice amber.  It was also a lot sweeter than most stouts I’ve had.  Nice flavor of caramel, coffee, and some sort of fruit.  Not too heavy and this would probably go well with any red meat dish at Jiko. (mmmmm Jiko!)

And in case you want to see the bottle, as well as Dawa Bar’s other unique beer offerings…. 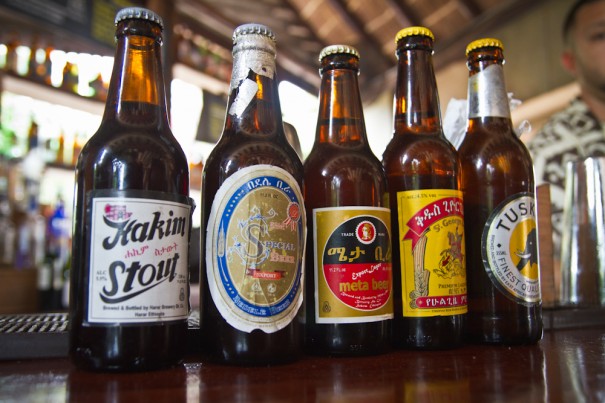 So next time you’re meandering around Animal Kingdom, stop on by the Dawa bar!  Even grab some food across the way at Tamu Tamu and a cold beer…and enjoy!

Safari Amber at the Outpost