I was walking through World Showcase after dinner at Via Napoli Monday night (more on that later) and wandered into the Germany pavilion next door.

Once inside the Germany pavilion I briefly looked over at the stand with the best name in all of Walt Disney World. Seriously, it’s called Bier. It’s so obvious that it’s awesome. 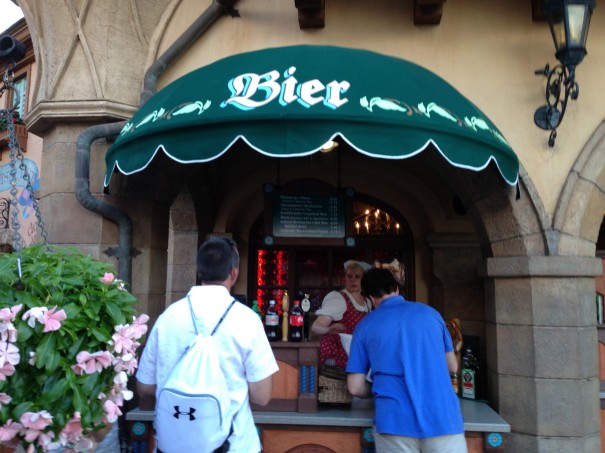 I took a glance at the menu. Radeberger Pilsner, Altenmünster Oktoberfest…

It was none other than the fabled grapefruit beer from the 2012 Epcot Food and Wine Festival, Schöfferhofer Grapefruit! This beer was so popular that the Brewer’s Collection booth ran out of stock long before the festival ended and Jenn and Pat didn’t get the opportunity to try it.

I had already tried two beers at Via Napoli, but I had to try it! It comes in a clear bottle, which I found a little surprising especially for a German beer. Unfortunately, my picture of it is so blurry it’s unusable. However, here’s the beer! 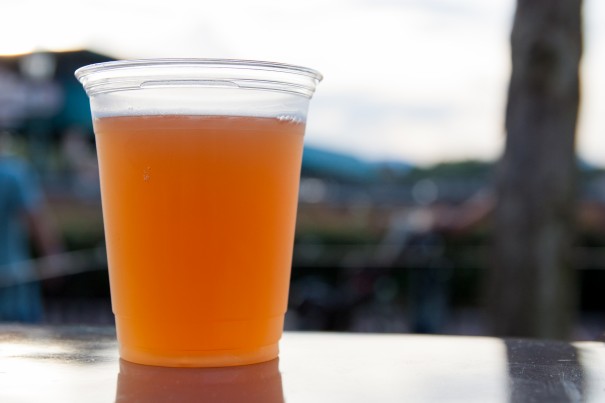 As you can see, it’s quite orange. It was poured with very little head, but the cup it was poured into couldn’t really hold much of a head anyway. It’s a hefeweizen, but it certainly delivers the grapefruit. The wheat and usual hefeweizen flavors are very subdued in order to bring the grapefruit. It’s a fairly light beer with medium carbonation.

Doing some research on this one, I found the Gold Coast Beverage Distributors website, an alcoholic beverage distributor in Florida. According to their site (and there’s a picture of the bottle on that link), Schöfferhofer Grapefruit is 50% Schöfferhofer hefeweizen and 50% grapefruit juice. Well no wonder it tastes like grapefruit! This also means, however, that this is only half of a beer and 2.5% alcohol by volume.

Even though it’s really only half beer, Schöfferhofer Grapefruit is a refreshing beverage for walking around World Showcase in the summer heat! Both the aformentioned Bier and the Trinken cart on the lagoon side of the Germany pavilion are serving it.

After wandering World Showcase, we got in a few more rides and then were back near the Germany pavilion for IllumiNations. Here’s one photo from the show; the sun hadn’t even set at 9:00 pm when the show started. 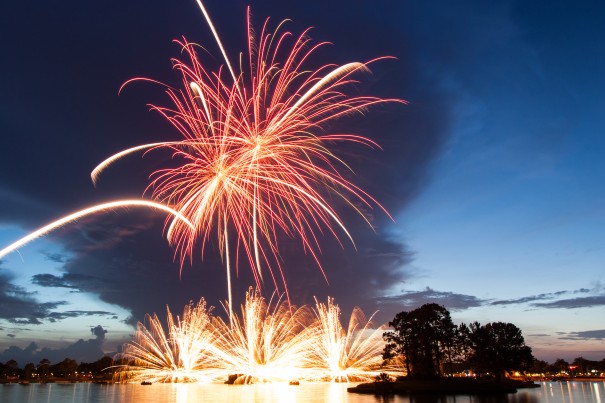