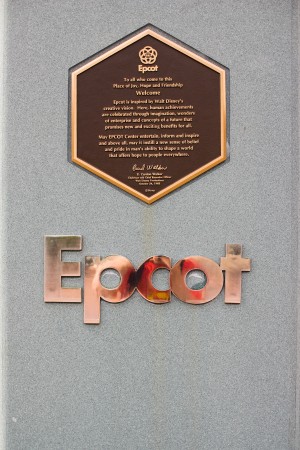 The Epcot International Food and Wine Festival starts Friday! Are you ready for some beer (and food and wine, I suppose)?

Let’s talk about the booths first. Your main targets should be Brewer’s Collection, Hops and Barley, and Craft Beer Collection. 24 out of the 40 beers at the festival are served at these three booths. Outside of those three, try Belgium (even though the selection could be better) Hawai’i, and Florida Local. Also, I suggest checking the Canada booth to see if they added any of the Unibroue beers; last year during Food and Wine three Unibroue beers made an unscheduled appearance.

Many booths will be offering tasting pours. This is a 6oz pour that will cost around $3-4 and is a good way to try many different beers without having to drink a full beer. If you’re just looking to drink, it may be slightly less economical as 12oz pours will cost a little less than double the cost of 6 oz pours, but if you’re more interested in trying different beers definitely get the tasting pours!

Outside of the booths, there are other beer experiences which of course cost extra. On Tuesday, October 30 (2:00 PM) and Wednesday, October 31 (12:00 PM) Samuel Adams will be hosting a beverage seminar. These take place in the Festival Center, which you probably know better as the former Wonders of Life pavilion. A representative from Samuel Adams will be discussing the beer and there will be samples. These seminars will cost $11.00 and you can even make reservations online.

Another special event involving beer occurs at Via Napoli in Italy each Tuesday during Food and Wine. Colloquially called “Pizza and Beer”, the Italian Food and Beer Pairing costs $55 per person. The restaurants in the Italy pavilion have all been stocking up on better beer selections, so you may be in for a treat here! Update: Via Napoli has posted its menus for the Food and Beer Pairing events, and they sound delicious!

Finally, the Radeberger Beer Dinner will be held November 9. This is the most expensive beer event at $125 per person and to be honest I don’t have a whole lot of additional information. Jens and the Chefs of Epcot will be serving up (most likely delicious) food to go along with Radeberger beers. This thread on INTERCOT suggests that it was worth the money.

If you happen to go to any of these events, let us know whether you enjoyed them! We heard a little about the Italy events last year but not much about the others.