Spring has, well, not yet sprung, but Disney’s finally blessed us with the Epcot Flower and Garden Festival menus for the “outdoor kitchens” (read: booths). Let’s take a look at the beer! 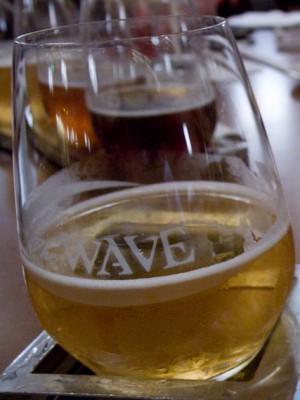 Jardin de Fiestas (Mexico booth): Tecate. Seriously? Not only is it nothing special, but it’s WORSE than Dos Equis.

Lotus House (China): Do I even need to tell you its Tsingtao? Have the China pavilion and booths ever had anything else? 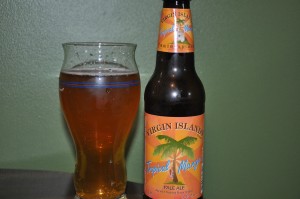 Taste of Marrakesh: can you guess which beer the Morocco booth will have? (If you can’t, it’s Casa. Always Casa. “Always Casa” should be the Morocco pavilion slogan.)

Urban Farm Eats (insert “new for 2014” in all caps, bold, and with at least one exclamation point but probably more here): Redbridge. Good news for the gluten-free fans, as Redbridge is brewed with sorghum instead of malted barley. It’s naturally gluten-free; to be honest I haven’t tasted it but it’s nice to have the option, right? World Showcase doesn’t normally have a gluten-free beer.

Next up is The Smokehouse: Barbecue and Brews. Now, one would expect The Smokehouse to have the most beer of any booth at the festival, right? You’d be wrong; it only has three beers and Florida Fresh has four. Only one of the three is something different for the festival; the other two are around the property. That being said, one of those normally found beers is from Cigar City.

Stop in here for some of Billy’s Chilies or a flight of the three beers listed above. Billy’s Chilies might be different at least. The Internet can’t seem to agree on whether it’s a good beer or not.

Buttercup Cottage in the UK has… no beer. Well then…

Intermissions Café is in the Wonders of Life pa… I mean the Festival Center. They’ll be serving Body Wars… no they’ll actually be serving Strongbow Cider and SweetWater Blue. SweetWater Blue is something different for WDW property, while Strongbow can be picked up at the Rose & Crown during your adventures around World Showcase instead.

So there you have it. 18 beers, but in reality only six that are different than what’s normally found at Walt Disney World. To be fair, Cigar City Maduro, Magic Hat #9, and Orlando Brewing Blonde aren’t usually in World Showcase, but the first two have fairly wide circulation around the resort and Orlando Blonde is in several locations as well.

I’d say the beer selection is not as good as last year. Germany had the Bauernmarkt: Farmer’s Market last year that had four beers at it, and Italy had some selections that will probably be served in Via Napoli and/or the Tuttos instead (I’ve been told the price point for the festival booths is hard to hit with the Italian beer). If you’re going, it might be best to hit the highlights and drink other drinks instead.