Recently I made some guesses as to what the 2013 Epcot Flower and Garden Festival beer selection would be based on vague descriptions of beers at the booths. Now that Disney has given the full menu, let’s see how I did. 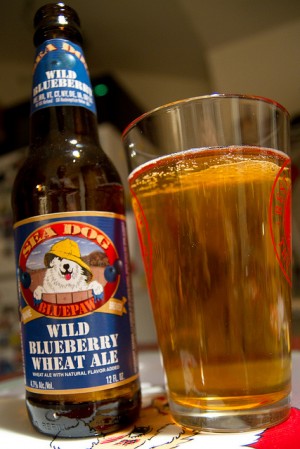 Fruits by the Glass: I was close on one and nailed the other. Sea Dog Blue Paw Wild Blueberry will be served (I guessed Florida Avenue Blueberry Wheat). The other one will be New Planet 3R Raspberry Ale, which is gluten free and was my guess. There aren’t too many gluten free raspberry ales as far as I can tell.

Florida Fresh will serve a former standby of the Walt Disney World resort, Orange Blossom Pilsner. My guesses came from Florida Beer Company, so it’s good to see Disney mix it up here and not repeat the Food and Wine Festival verbatim.

On the other hand, mixing it up really doesn’t work for me at the Jardin de Fiestas (Mexico) booth. Instead of Dos Equis, a beer I’m not fond of, Disney has gone with Corona Light, a beer I’m even less fond of.

The Lotus House in China will be serving Tsing-Tao. No surprise here, as that’s about the only beer the China pavilion serves.

Here’s one where I was way off. At Bauernmarkt: Farmer’s Market near the Germany pavilion, the description originally included German and domestic beers. Domestic beers to me sounds like Bud Light, etc. Instead, we have a number of interesting beers here. The German beer is Krombacher Hefeweizen, while the domestic beers include Florida Avenue American Wheat Ale, Goose Island Brewing Company Honker Ale, and Blue Point Toasted Lager.

I’ve already covered how absolutely wrong I was about Italy’s beer selection. Primavera Kitchen will serve beers that have never been served on Walt Disney World property:

I have to give Disney some credit for The Smokehouse: Barbeque and Brews. These are not beers found everywhere at Walt Disney World, and two of them are new to the property as far as I know. These beers are:

Little Yella Pils is currently served at Cabana Bar and we’ve seen Orlando Brewing’s Red Ale in the past, but they’re both decent selections along with the two that are new to Disney World.

Hanami in Japan was one of the only booths that gave a clear description. They’re serving Frozen Kirin Ichiban, which isn’t much of a surprise since it seems to be Japan’s gimmick beverage right now.

Morocco’s A Taste of Marrakesh is serving Casa Beer. Although the original description was Moroccan beer, I would have been shocked if it were anything else.

It seems L’Orangerie, the French booth, has added Kronenbourg 1664 to their menu. Yay?

Pineapple Promenade originally had “cream stout beer” as their beer description. I figured it could only go one way and was so confident I made the picture for the last article this beer. It’s Samuel Adams Cream Stout, and while that’s not the only cream stout out there, it’s the only one I thought Disney would get. But don’t get me wrong here; Samuel Adams Cream Stout is delicious.

All in all, there are some exciting beers at the Flower and Garden Festival. There are also a couple of disappointments, but the selection around World Showcase is varied and interesting, especially at Bauernmarkt, Primavera Kitchen, and The Smokehouse. If you’re a fan of beer, that’s where I’d recommend you head to first. 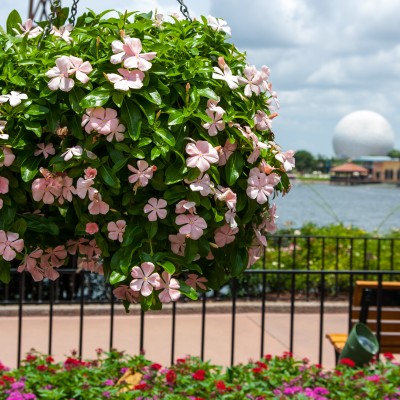