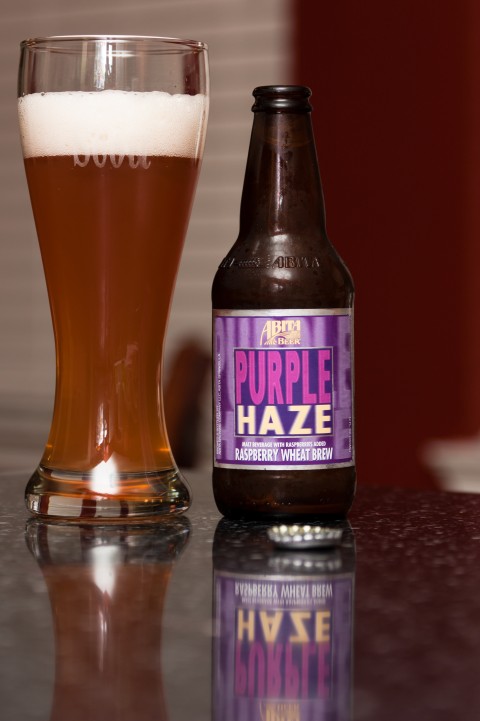 Tonight’s beer of choice is Abita Purple Haze.  It’s a raspberry wheat beer; the scent and the front end of the taste definitely lets you know raspberries were added to the beer.  The back end has a wheaty, grainy taste.  Purple Haze is very cloudy with an almost grapefruit-like color.  Honestly, this isn’t my favorite of the Abita beers.  I’ll drink it if it’s what’s available, but if there’s something better I’ll pass on the Purple Haze.