Lindsay, Jackie and Scott spent the afternoon together to enjoy a few beers; two of these were for an upcoming article, but the third was the newly-released Saint Arnold Divine Reserve #11. Every so often Saint Arnold, Houston’s local microbrewery and Texas’ oldest craft brewery, releases a single batch of a big beer under its Divine Reserve label. This particular beer is a double IPA. 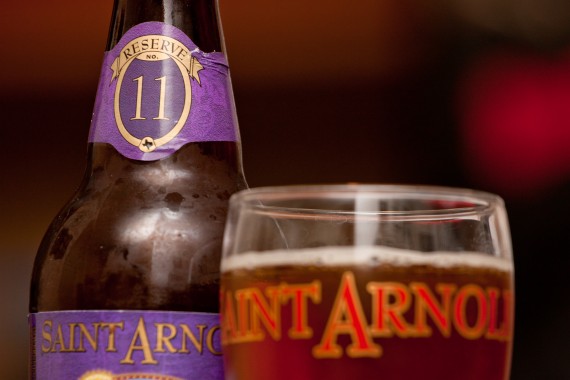 So who is Saint Arnold? According to the Wikipedia article, Saint Arnold was a soldier who settled at at the Benedictine St. Medard’s Abbey in France. He eventually became the monastery’s abbot and a priest. He started brewing beer at the abbey, pushed the locals to drink beer instead of water for health benefits. Because the water used to brew the beer was boiled, harmful bacteria were killed making the beer safe to drink. He was canonized as a saint in the Roman Catholic Church and is the patron saint of hop-pickers and brewers, especially in Belgium.

All three of us thoroughly enjoyed Divine Reserve #11. Jackie said “This is what I call a beer” because it “makes you grow chest hair!” Lindsay enjoyed the floral profile the hops brought to the beer. Scott was impressed with how balanced it was; some IPAs have been known to go overboard with the hops. If you have the opportunity to drink Divine Reserve #11 don’t pass it up! 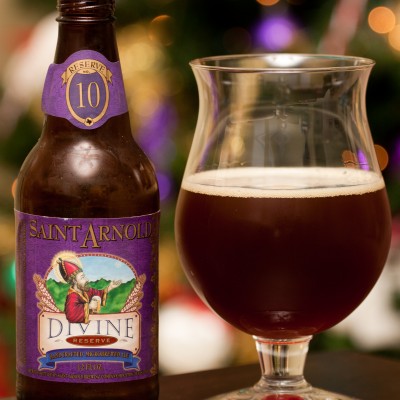