We’re under 70 days until our family trip to Walt Disney World, so let’s take a look at the rest of the table service restaurants we’re planning to dine in. Previously I’ve discussed the resort, Port Orleans Riverside, and the restaurants for the first part of the trip.

Wednesday will be our Disney-MGM, I mean Disney’s Hollywood Studios day. I’m not a fan of the food in Hollywood Studios, so I had other ideas for our dinner and ended up choosing a restaurant that makes me a little nervous. Don’t get me wrong, I really want to give Big River Grille and Brewing Works a try. I fully intend to have a beer flight and dinner there. However, they don’t take reservations. Just the fact that we don’t have a reservation has me a little uneasy on this one though. Maybe we don’t need one. We’ll see.

Thursday we’ll go head-first into the controversial Be Our Guest Restaurant, the first restaurant to serve alcohol in the Magic Kingdom. Honestly, my feelings on this have died down; most likely we will not see a ton of drunk guests walking around the Magic Kingdom at night. Instead, it’s looking more like a place where you can have a nice meal in the Magic Kingdom and have an alcoholic beverage if you choose. A Chimay Blue or a Saison Dupont sounds like a really good choice here. 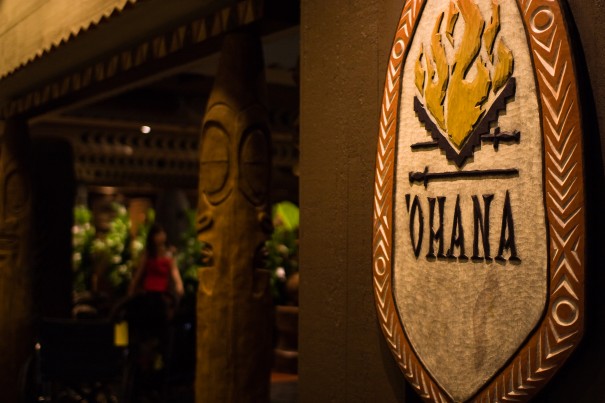 I didn’t really make plans for Friday so that we could play it by ear and catch up on anything we may have missed. Therefore, I didn’t have a dinner reservation scheduled for Friday night, our last night in Walt Disney World. However, ‘Ohana was requested and since Friday night was free I scheduled dinner there. Kona beers are usually served here and at the nearby Tambu Lounge, so that’s probably what I would have.

Next time I write one of these, I’ll be looking at some other spots I’m interested in checking out!