February 3rd, 2015 by Scott in Other Beer Reviews 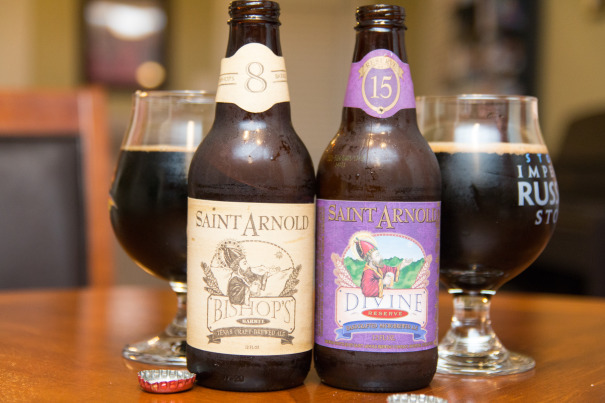 This review was supposed to go up yesterday, but things happened and it didn’t. Sorry about that. 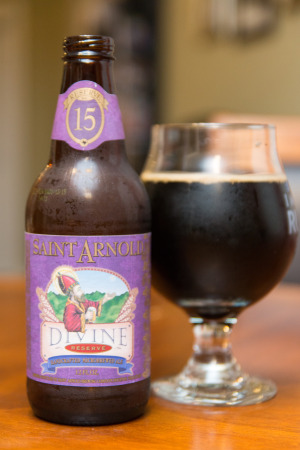 We’ve all pretty much moved on from the Super Bowl by now I believe, but those were some of most depressing ads ever. Yes, I’m looking at you Nationwide. Lots of controversy in the craft beer community over the Budweiser ad in the 3rd quarter as well. I’ve posted a few articles to Facebook and Twitter if you’re interested in more of that.

Let’s start with Divine Reserve 15 since it’s fresh. It’s an opaque very dark brown liquid with a small khaki head. Coffee and dark chocolate in the nose. Roasted malt, chocolate, a bit of alcoholic heat, and a lingering light bitter chocolate flavor. A nice thickness in the liquid but not overly sticky with medium carbonation. 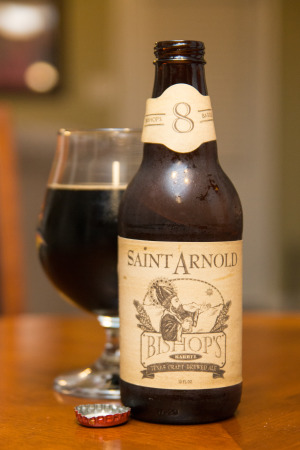 Meanwhile, the Bishop’s Barrel 8 liquid shares the same basic characteristics as Divine Reserve 15, but only a very small head at first which has dissipated to next to nothing by the time I’ve started to taste it. Bourbon in the nose up front; the coffee and dark chocolate lightly in the background in the nose. Rich bourbon notes from spending a year in a barrel along with oak and vanilla. The coffee and dark chocolate blend in behind the bourbon up front. Liquid is a little thinner than Divine Reserve 15, but still nice. The carbonation is quite a bit lower, but doesn’t detract from my enjoyment.

Both are excellent beers; people are naturally going to gravitate to Bishop’s Barrel 8 because it’s barrel aged and a rarity. You really can’t go wrong with either beer though. It would have been nice to add a Divine Reserve 5 to this mix in order to compare the original. I did have a taste of Divine Reserve 5 at Saint Arnold’s 20th anniversary rare beer tasting event last year and it was very smooth and still delicious.