December 14th, 2012 by Scott in Other Beer Reviews 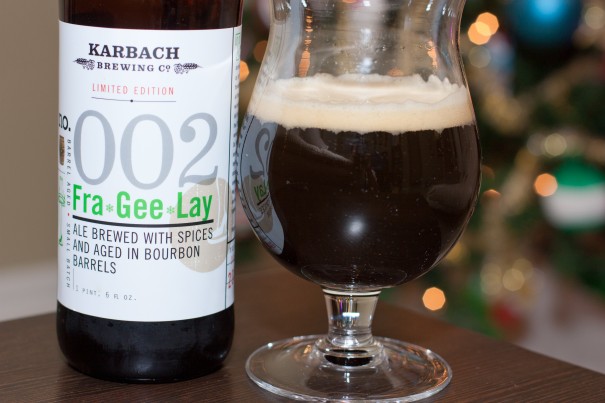 Karbach is back with F.U.N. Series #002 with a bourbon barrel aged version of Yule Shoot Your Eye Out. Thus, the references to A Christmas Story continue. I couldn’t find a good copy of this scene on YouTube, so we’ll just have to do with this awkward rendition.

Ralphie has more to say on the side of this bottle.

The old man sure had it rough that year. Those damn dogs ate the Turkey, the boiler kept acting up, I got in trouble for beating up the neighborhood bully and to top it all off mom broke the one gift he was so excited to get. Too bad he didn’t have Fra-Gee-Lay back then. It’s the bourbon-barrel aged version of Karbach’s Yule Shoot Your Eye Out. Rich and spicy, with vanilla and chocolate notes, it’s the perfect beer for the most festive holiday occassion or just unwinding with someone special on a winter’s night. Well, anyway, it’s an amazing beer and now I gotta go put a bike together or something.

Dark brown in color with a tan head. Nose is difficult to pick out; definitely a bourbon scent, but the chocolate and roasted scents from the original beer seem to have faded in favor of the bourbon and the aging. It has a light bourbon taste, sweetness, some fruit flavors, and some spices on the back end. Carbonation is very light and a mix of oak, bourbon and spices lingers on the palate.

This is another nice beer from Karbach. It’s not quite Bodacious, but still a very solid beer. 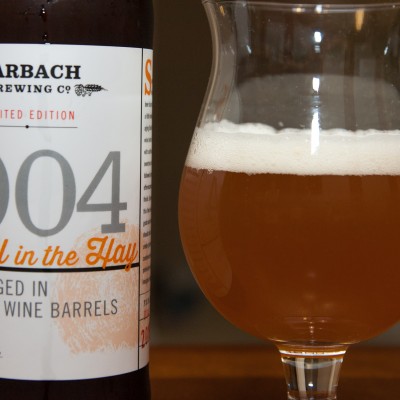 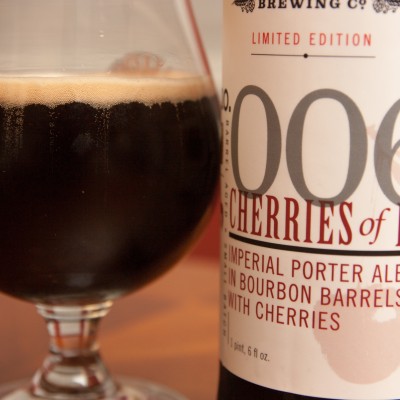 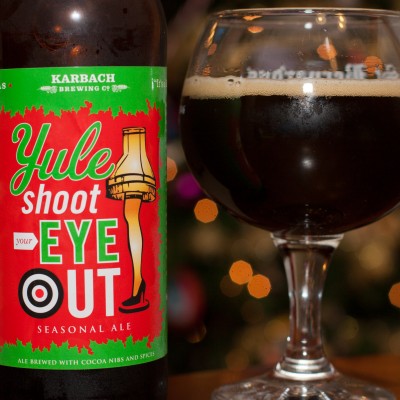