Full Out Disney: A Toast to SpectroMagic 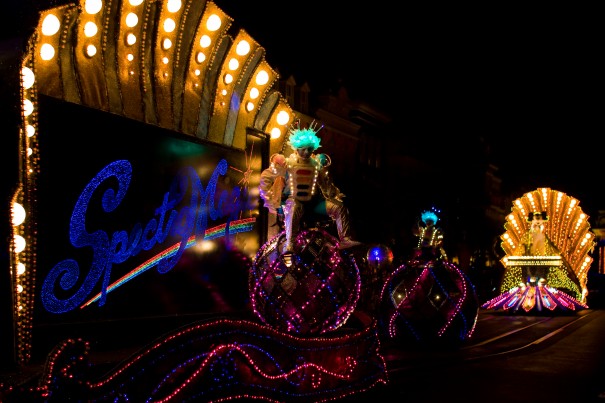 The question has been raised in the past whether we’re a Disney site that focuses on beer or a beer site that focuses on Disney. To me at least it depends on the day, although there’s a subtle difference. Today, however, I’m going full out Disney because I’d just like to wax about SpectroMagic a bit. So if you’re looking for a beer review, we’ll have more soon enough. 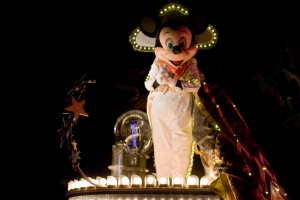 However, SpectroMagic was the featured night parade for high school band trips (and every trip until this past one). While the music took a different, much less electronic turn with more fanfare, the lights and fiber-optics were better than ever. The parade was another evening spectacle and a very suitable replacement for the Main Street Electrical Parade. Those SpectroMen were a slight bit creepy, but that’s my only small complaint about it. Everything else was an upgrade technologically, and the parade still was an amazing sight. Personally, my favorite float is the musical instrument float with Goofy on timpani, Genie conducting, and Chip and Dale on the piano. 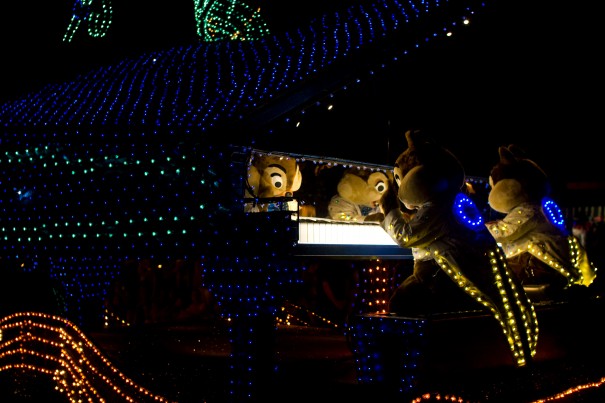 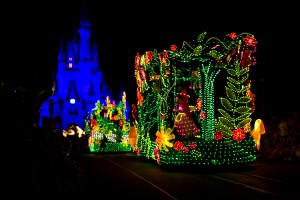 We all know attractions at Walt Disney World are constantly changing. From Horizons to Mission: SPACE, World of Motion to Test Track, Mission to Mars to Alien Encounter to Stitch’s Great Escape, or Snow White’s Scary Adventures to Princess Fairytale Hall, changes are always possible at Walt Disney World. However, the unceremonious dumping of SpectroMagic left fans of the parade without any closure. No one knew for certain June 5, 2010 would be Spectro’s last run ever.

So here’s to you SpectroMagic; though you were robbed of a final run and a true farewell, you live on in fond memories, photos, and videos.