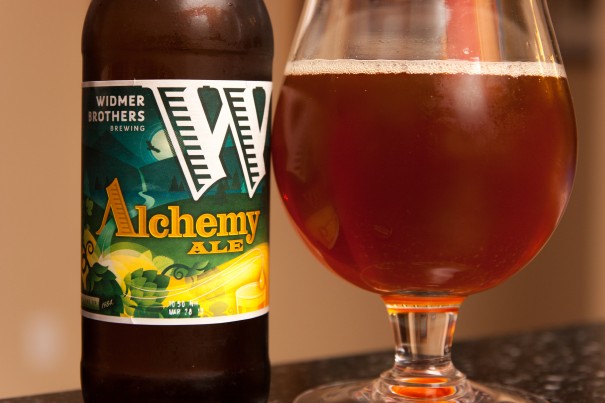 You didn’t think we were just going to give you the 2013 Epcot International Food and Wine Festival beer list and leave you hanging did you? Over the next several weeks we’ll try to track down some of the new beers and give them a try.

First up is Alchemy Ale by Widmer Brothers. It’s part of this year’s Craft Beer Collection booth and an American Pale Ale. From the six-pack holder:

We practice alchemy every day turning water, malt, hops and yeast into liquid gold. Alchemy Ale melds years of experimentation and our special Alchemy hop blend, in a pure expression of brewing art and science. Join us in unlocking the mystery to the perfectly balanced, perfectly hopped ale. Alchemy Ale has a bright, distinct hop character balanced with hints of caramel and a remarkably smooth finish. 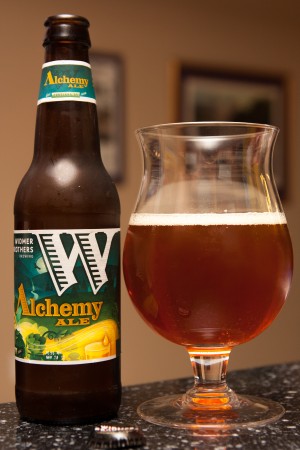 Some of you may say that Widmer already has a good pale ale in Drifter. Unfortunately, Widmer decided to stop making Drifter recently and Alchemy is their new American pale ale. Drifter doesn’t even appear on the Widmer Brothers website anymore. It’s a bit of a shame too because I really enjoyed Drifter. Alchemy Ale is designed to feature Widmer’s proprietary blend of hops known as Alchemy.

Alchemy Ale pours a clear copper color with a quickly dissipating slightly off-white head. Light scents of citrus rind. Pine and citrus are forward in the taste and followed by a bit of pepper and the bready malt. A touch of bitterness lingers on the palate. Light but flavorful, a good session beer.

Also, can we all agree that Alchemy Ale doesn’t look like the picture on Widmer’s website? It’s much more orange in color.

I think my personal preference still leans toward Drifter a bit as I enjoyed the more citrusy taste, but you’re getting a similar beer in Alchemy Ale. It leans a little more to the pine and grassy flavors but still has a touch of citrus in there. It’ll be there for the tasting at Craft Beer Collection during the 2013 Food and Wine Festival, so grab a glass if you’re interested! 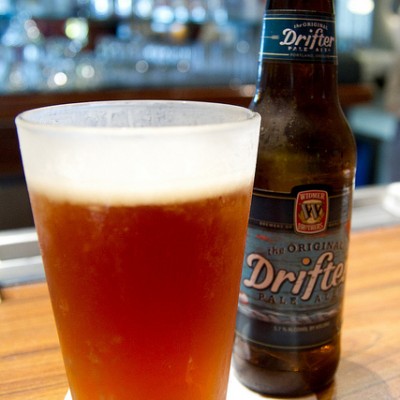 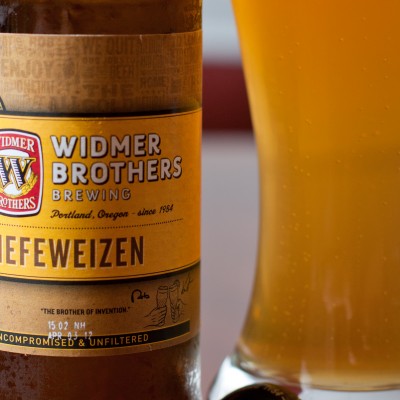