Welcome to round four of the Walt Disney World Beer Tournament! We’re down to the Elite Eight, the regional finals, where we will crown a winner for each region. The Elite Eight round of the tournament starts now and voting will close on Sunday, March 25, 2012 at 3:00 pm CDT! Let’s start with the updated full tournament bracket. 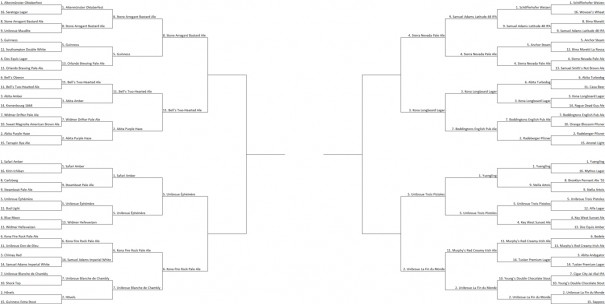 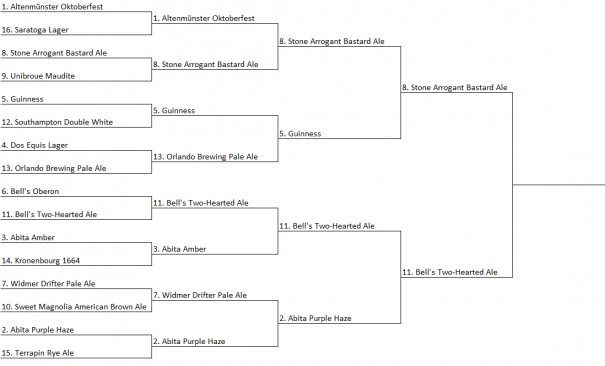 Who remains in the Minnie region? 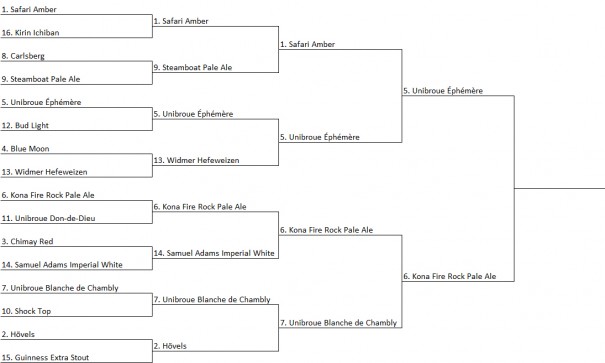 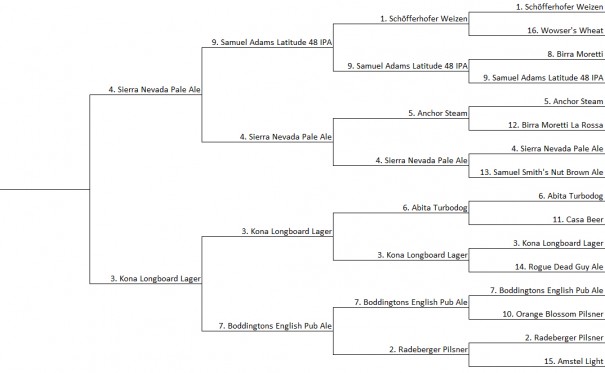 Who’s left in the Goofy region?

The final in the Goofy region is an all Unibroue affair! In the first match, Trois Pistoles took down the final number one seed Yuengling with 65% of the vote. To determine the opponent, La Fin du Monde took care of Murphy’s Red Creamy Irish Ale with 67% of the vote. Goofy’s winner is guaranteed to be a Unibroue beer!

Four matches in the fourth round of the tournament; the winners advance to the Walt Disney World Beer Tournament Final Four! Again, polls close at 3:00 PM CDT on Sunday, March 25, 2012. Be sure to pick your winners before then! The Final Four will be posted on Monday! 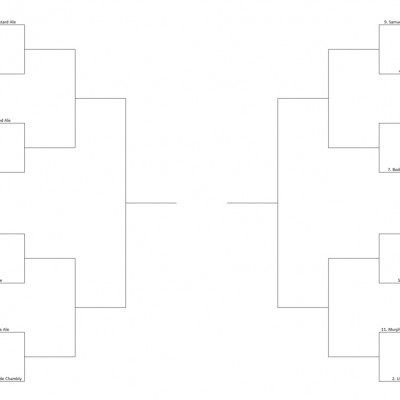 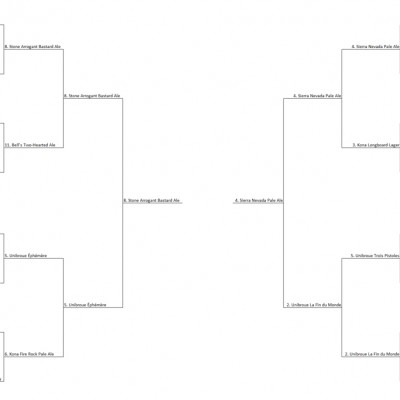 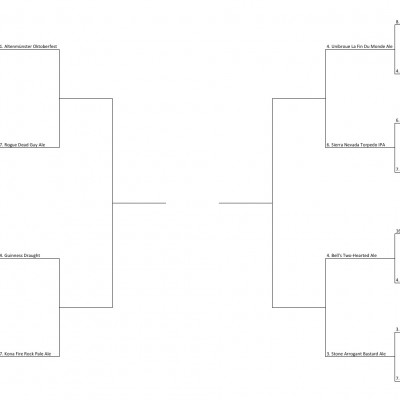