Next up for Patrick and I to review is the Brewer’s Collection Booth at Food & Wine!  Instead of attempting to taste every beer in one sitting, we tried to spread out the tastings throughout the weekend.  Somehow though, there was one visit to the booth where we actually did try them all…again! 🙂  Minus the Kolsch…that story is at the bottom of the review. 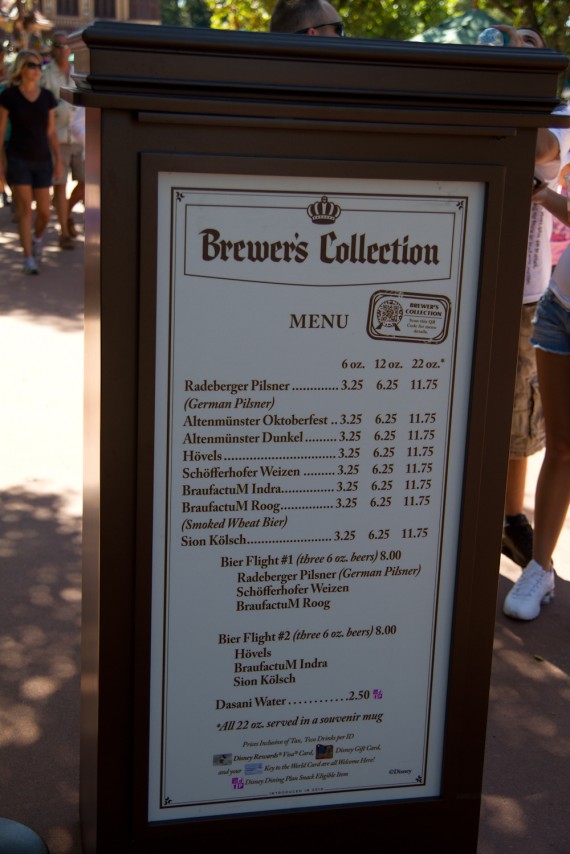 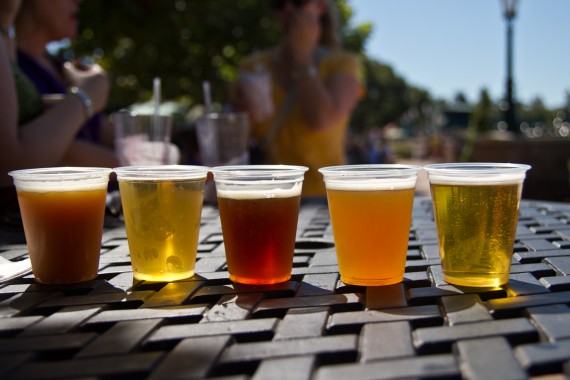 (from left to right)

~Patrick: This one surprised me. From its appearance, it looked very cloudy and not very appealing  (at least to me). It had a very smooth flavor and was my favorite of the booth. I thought it would be very malty, but it wasn’t at all. Thumbs up for Hovels!

~Jenn:  I enjoyed this one as well.  It tasted somewhat like the holidays, a little spicy but very smooth.  I like!

~Jenn:  Seemed like a typical German lager to me.  Nothing that made this one stand out from the rest.

~Jenn:  I was worried about tasting this one because I’m not a fan of their Oktoberfest (review below).  Their dunkel was decent though, although lighter than other dunkels that I’ve drank.  I’m sensing a trend…that all Altenmünster’s are lighter than their traditional counterparts.

~Patrick: This one had a really great color and was my second favorite out of the collection. Although a slightly darker beer, it was surprising light to drink and I could definitely go for another. Unfortunately, we didn’t have enough time for a second and had to continue on (it’s a tough job, I  know).

~Jenn:  So I’m pretty sure I mention this every time I review a weizen but… I love me some wheat beers.  Definitely enjoyed this one.  It has a little zesty kick to it that I liked.

~Patrick: Another good wheat beer. I would call it my favorite of the collection, but I feel as if wheat beers are always my default favorite.

~Jenn:  My thoughts haven’t changed since I tried this while Drinking Around the World in January.  Still don’t think it tasted anything like an Oktoberfest and I wasn’t impressed.  Meh.

~Patrick: This was my least favorite. Was expecting something more … this one just had a generic flavor, nothing memorable.

~Jenn:  Um, Patrick and I both don’t really remember this one but I vaguely remember that it was a little too hoppy for me.

~Jenn:  Hmm… this one was interesting.  I love wheat biers but this one had a heavy smokey flavor.  Two guys that walked by as Patrick and I were tasting it mentioned that it tastes like cheese.  And then voila!  That’s exactly it!  It tasted like smoked gouda.  So yeah…if you like to drink smokey cheese, you’ll like this one.  🙂  In all seriousness though, it wasn’t bad, took a little getting used to.  Just not my favorite.

~Patrick: This beer was…. unique?! It was unlike any beer I’ve ever tasted before. I could definitely taste a smokey, charcoal flavor. I didn’t really care for this one, but it gets bonus points for being really different.

Sion Kölsch – If anyone can get a taste of this, please let us know how it is!  Three different days we tried to get some and all three days they kept telling us that the company had sent over the wrong tap.  So while they had the kegs in stock, they had no way to get the beer out.  Boo! 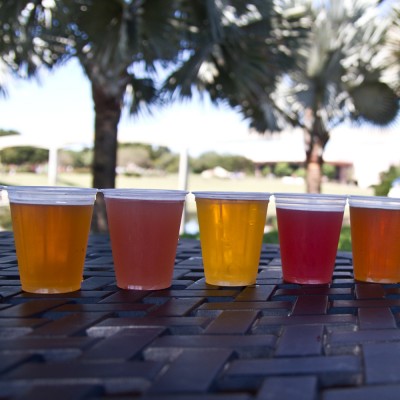