Note: The second round is now closed! Please vote in the fifth round of the 2015 Disney Beer Tournament! 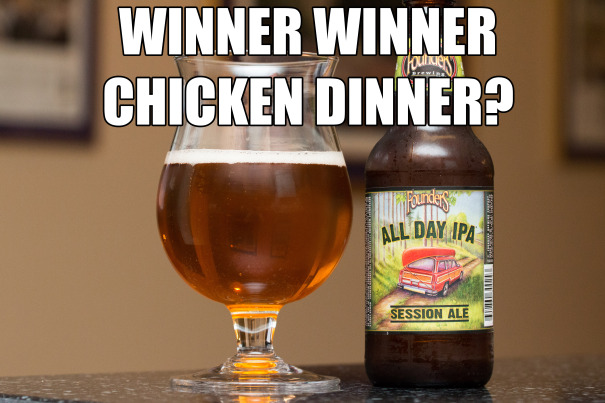 Round one of the 2015 Disney Beer Tournament is finished, and the theme is…

The second round starts this morning and ends at 6:00 PM Central Daylight Time Sunday, March 22.

However, before we get to the results, let’s look at your thoughts on the first round:

Spoilers: this is still a possibility.

Yes, yes we are. At least we kept Bud Light out of the tournament this year.

Working on my @beersandears bracket & my first sad times is Guinness vs Hopsecutioner, both are

Now this is dedication, especially since there wasn’t a way to easily fill in a bracket. Maybe next year we’ll give out the Excel sheet that this image comes from before the tournament starts.

@beersandears how does swamp ape have so many votes! have people actually tried it!

Not sure if many people have actually tried Swamp Ape, but here’s a possible explanation.

Maduro and Fire Rock were tied and back and forth for a long while, but they didn’t end tied.

@beersandears @Unibroue @TheAbitaBeer this is a setup these choices are just as hard. But Trois Pistoles as it's best pic.twitter.com/jmY92m9ppf

Kim may have had a bit of a meltdown.

Guessing Heather had a bad day at Whole Foods, but the polling tech is all thanks to Polar.

And now… the full bracket! Click to enlarge, or just scroll down as we get into each region.

The Mickey region is a wasteland as the highest seed that advanced was a six seed. Let’s take a look.

The number one overall seed Schöfferhofer Grapefruit was decimated by the sixteen seed Founders All Day IPA! Other mainstays who were kicked to the curb in the first round were Abita Amber and Purple Haze, Altenmünster Oktoberfest, and Cigar City Florida Cracker White Ale. The higher seed only won in two matches; Bell’s Oberon and Sweetwater 420 were those lucky winners.

Now it’s time to start cleaning this mess up. Vote for the Mickey region’s second round!

Let’s be honest though, the Minnie region didn’t fare much better. 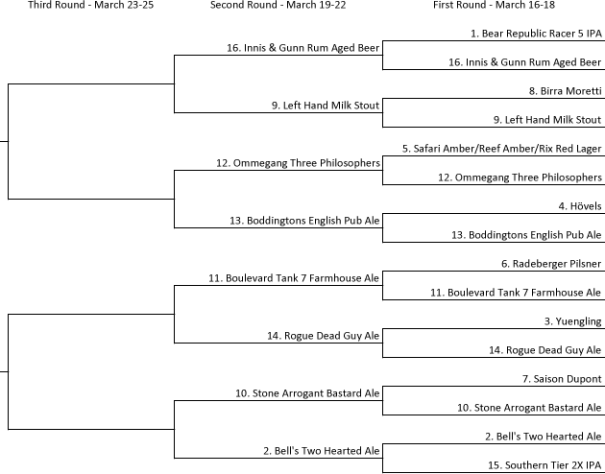 The number one seed in the Minnie region also went down! In what may be even more of a shock, Racer 5 IPA lost to the sixteen seed Innis & Gunn Rum Aged beer. Lower seeds again fared well, including Boulevard Tank 7, Rogue Dead Guy Ale, and Ommegang Three Philosophers. Boddingtons English Pub Ale had an especially impressive win over Hövels.

Here’s your opportunity to vote for the beers who will move on to the Sweet Sixteen in the Minnie region!

The Donald region is the first to have a number one seed advance! 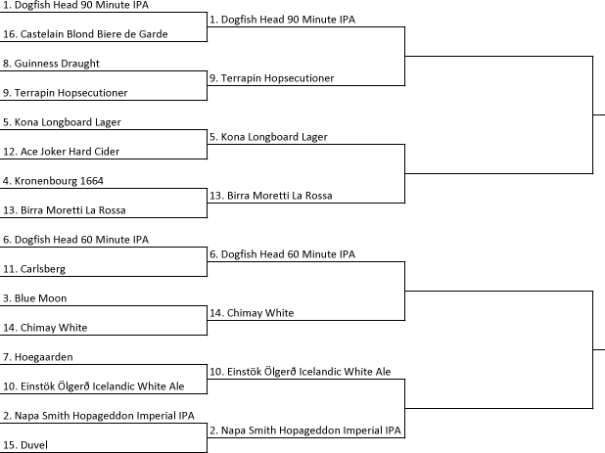 The Donald region was also a region of big wins. None of these matches were close. Dogfish Head 90 Minute IPA does advance easily as the highest seed still left in the tournament. Matching a beer against a cider seems to be almost a free pass as Kona Longboard won over Ace Joker. Chimay White and Einstök White Ale are other big winners here. Duvel unfortunately couldn’t quite stand up to Napa Smith Hopageddon.

Who will advance in the Donald region? Vote now!

Finally, the Goofy region, despite its name, seems to be the most sane. 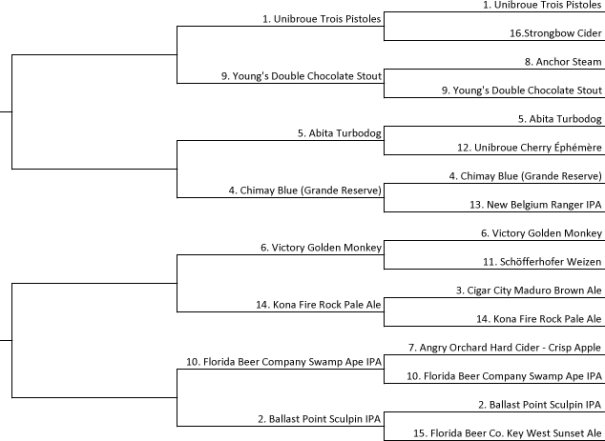 The closest match of the first round was between Cigar City Maduro Brown Ale and Kona Fire Rock Pale Ale. However, Fire Rock took a late lead and never let go and it moves on to the second round. If things continue the way they are, Unibroue Trois Pistoles and Ballast Point Sculpin IPA are on a crash course for the Goofy region title. However, beers such as Victory Golden Monkey and Chimay Blue could still stand in their way.

Place your votes for the Goofy region’s second round!

Again, the second round ends at 6:00 PM CDT on Sunday. Be sure to place your votes before then! 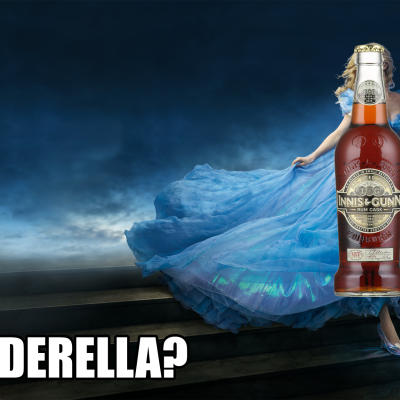 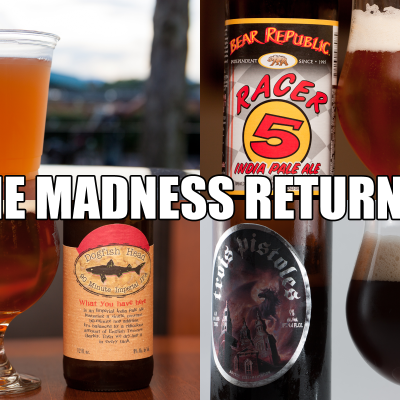 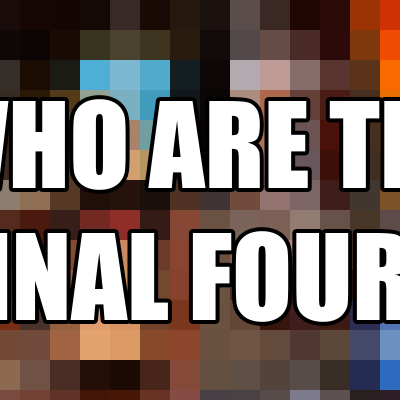 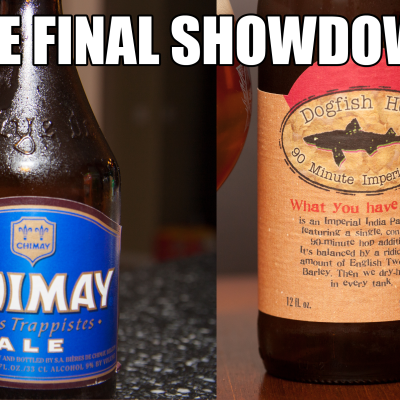