June 16th, 2014 by The Beers and Ears Crew in Mailbag Monday 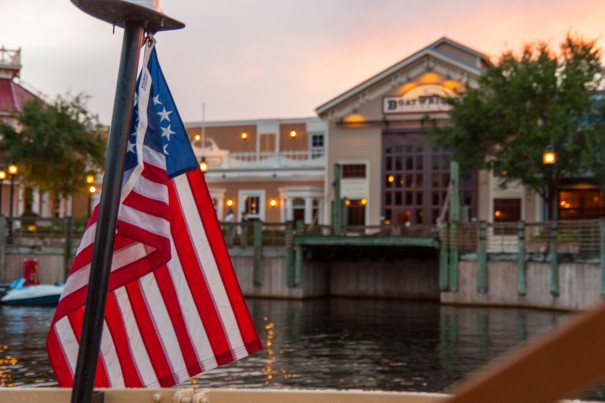 Today’s Mailbag Monday answers only one question, but it’s a big one. It comes from Kristopher on Facebook:

This is a great question, and it’s one we don’t have all the answers to. We’ll try to shed some light where we can though.

First, let’s narrow down exactly which locations Disney operates. This is important and you’ll see why later. It’s not as easy of a definition as you might think. We’ll start with theme parks. As far as we know, Disney operates all locations in the Magic Kingdom, Hollywood Studios, and Animal Kingdom (except for Starbucks and things like that, but we’re not worried about those right now). Epcot is where the differences begin. Future World restaurants are owned and operated by Disney, but many of the World Showcase restaurants are not. In many cases, they try to keep the operator a secret (and some will help keep the secret by at most stating “the operator of the pavilion” rather than a name or company).

We know Disney operates Biergarten, Rose and Crown, and Le Cellier; presumably their respective pavilions (Germany, United Kingdom, and Canada) are entirely owned and operated by Disney itself. We also presume The American Adventure and Norway are completely operated by Disney. China is the pavilion we’re not as sure about.

But ssshh…we didn’t tell you any of this.

As for the resorts, all Disney owned resorts are also Disney operated with one exception. The restaurants and lounges at Coronado Springs are operated by Springs Food Service, LLC. This company is also a subsidiary of Palmas Services, LLC. That’s right, Disney has outsourced their two largest Mexican/southwest themed areas to the same company. Of course, the Swan and Dolphin are owned and operated by Westin.

On the Boardwalk, ESPN Club is Disney owned and operated as is the Flying Fish. Cat Cora runs Kouzzina until it closes later this year, and Big River Grille and Brewing Works is a small chain (all the other locations are in Tennessee).

So where does that leave us? Almost all of the resorts, a bit less than three theme parks, and the water parks are under Disney’s direct control as far as beer is concerned (Be Our Guest Restaurant and the Disney operated portion of Epcot comprise the nearly third theme park). This is probably simplified a bit but we think it works for our purposes here.

For the resorts, the pool bars at all locations except the Grand Floridian carry the same menu with a few extras (for example, Port Orleans adds Abita beers). Since October 2013, the resort lounges generally speaking have a choice of two menus: the standard menu or what we’ve started to call the “expanded standard” menu. The expanded standard menu simply adds beers such as Left Hand Milk Stout and Schöfferhofer Grapefruit to the regular lounge menu. Similar to the pool bars, lounges will add some theme-specific beers to the standard menu (again, Abita at Port Orleans for example). The Grand Floridian has its own beer menu at the pool bars and the restaurants have a similar menu, so it’s generally excluded here.

So where does this all report up to? A central group seems to make the decision on the standard and extended standard menus. These menus’ goal is a decent mix of beers based on the price they can get from the distributors. Each year around October, these menus get an update. From there, individual resorts and possibly lounges and restaurants can add to one of these menus. The Wave serves three Orlando Brewing beers in addition to the expanded standard menu.

This central group at Disney can’t account for everything, however. The full standard beer menu doesn’t make it into the parks, and there are also places like Be Our Guest Restaurant and Le Cellier who serve more unique beer. These seem to be up to the restaurant or possibly the pavilion’s discretion. For example, Sci-Fi Drive-In Theater Restaurant is the only restaurant in Hollywood Studios that serves Dogfish Head 90 Minute IPA. A level lower than the central team decided to put 90 Minute in the restaurant; this decision was possibly made by the restaurant management or a Hollywood Studios restaurant team. The booths and such scattered throughout the parks tend to stick to the macros, Yuengling, Sam Adams, and possibly a thematic choice (such as Racer 5 near Test Track), except for World Showcase where they will mostly serve the country’s beer.

As for any non-Disney operated location, the selection is up to the operator. The one we interact with the most is Patina and they have full or nearly full discretion in their restaurants. We think we mentioned this recently but Eric, who works for Patina, is a Certified Cicerone (the beer version of a sommelier) and as far as we know the only one on property including the Disney staff. While this doesn’t mean Disney lacks knowledgeable beer people, Patina’s taken extra steps to ensure they have excellent beer knowledge.

Like we said at the top, we don’t have all the answers here and much of this is based on our observations since we started tracking the beer at Disney World. So what should you do if you want to make a request? Start with the location’s management. It seems all the locations have at least some discretion to add beers if nothing else. The locations Disney doesn’t operate probably have more discretion than the Disney-owned locations. New beer menus come down from on high around October each year, and this menu seems to be partly based on what sells a lot and partly based on what they can get a good price on.

Hopefully this at least gives an idea on how all these beer decisions are made. If anyone from Disney is reading this and wants to enlighten us, shoot us an email, comment below, or contact us however you’d like. Of course, if you have a question for a future Mailbag Monday, send it to us and we’ll answer it in a future installment! 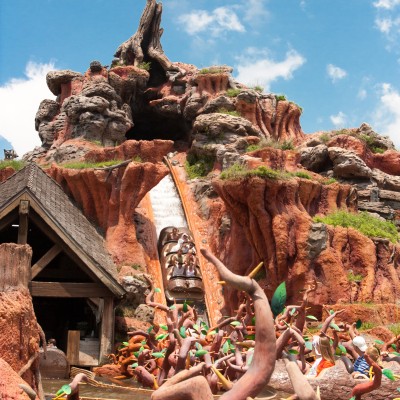 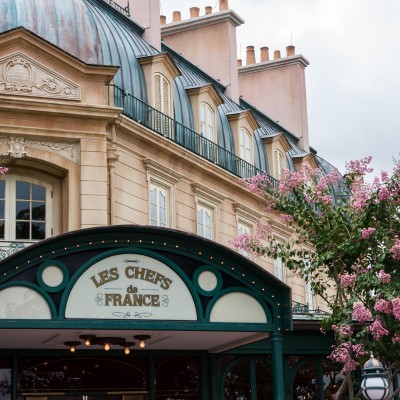