December 9th, 2012 by The Beers and Ears Crew in Beer Culture

That’s right, we’re back with another installment of the Brewsies! Today is our two year anniversary and it’s time for everyone’s favorite fake awards! Here we go…

Furthest trip to visit a brewery: Katie traveled all the way to Petaluma, CA to visit the Lagunitas brewery!

Shortest trip to visit a brewery: Scott stayed in Houston and visited the Saint Arnold brewery.

Most unusual building ornamentation owned by a brewery: In Japan the “golden turd” sits atop the Asahi Beer Hall at their headquarters.

Most likely to be censored: Katie’s Laugnitas Brown Shugga’ review was edited by the censorship board (and they still missed something).

Best reaction to winning a Brewsie: Rocksauce Studios, who did the graphics work for Brewski Me, made a graphic and put it up on their Brewski Me page!

The “Is it good or is it bad?” Award: Jason and Scott both reviewed Rogue Voodoo Doughnut Bacon Maple Ale (did you hear they’re coming out with a second Voodoo Doughnut beer by the way?) and Jason liked it while Scott hated it.

The “Nutty for Coconut” Award: Ed loves him some coconut and Kona’s Koko Brown.

The “Taking Some for the Team” Award: Jason had a number of beers that aren’t the finest at Disney, including Amstel Light, Heineken, Corona, and Kirin Ichiban.

Most unusual beer concoction served at Walt Disney World: The Japan pavilion in World Showcase is serving Kirin with a frozen beer topping. Whether or not this topping was made from cans accidentally left in the freezer is unconfirmed.

Most likely to write a beer review and not review the beer: Katie, of course.

The “Scoop of the Year” Award: Jenn and Patrick have a great article coming tomorrow (12/10/2012) from their last trip to Walt Disney World. About what, you ask? You’ll just have to wait and see! (Editor’s note: here is Jenn and Patrick’s great story on the new craft beer program in World Showcase’s Italy pavilion!)

And finally, here are some of the strange search terms that have resulted in hits on Beers and Ears (formatted as they were typed):

Here’s to year three of Beers and Ears! 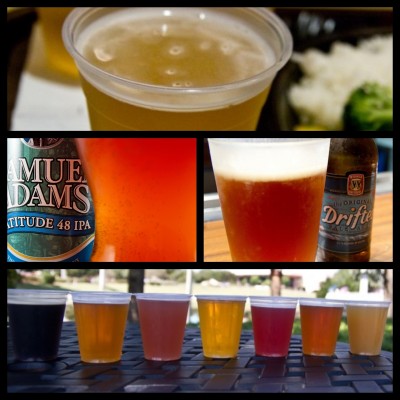